Nestled in the wilderness of Attappady hills and beside the wild Bhavani river, which originates from the Silent valley forests, this farm is an untamed fruit forest where trees and plants, untrimmed, forms its own eco system. Away from the hustle and bustle of busy town life this was originally envisioned as a free commune where each worked on the land and shared whatever was produced.
The space


Jagadeesh and his wife Lakshmi have tuned their life with the cow and calf,cat and kittens,and two fine local dogs and the trees and other birds and other life centered on this farm.Lakshmi cooks fine south Indian food and Jagadeesh takes care of the cultivation of vegetables needed for the kitchen.Nearest airport is in Coimbatore which is 58 kms from here.Silent Valley National Park is 32 kms from here.Sálim Ali Centre for Ornithology and Natural History is just 22 kms away.Botanical Garden, Ooty is a good drive through the ghat roads which is 76 kms away.
Guest access


Guests are free to access any part of the farm and may help in plucking the fruits during the season. We have many varieties of mangoes and more than two dozen varieties of fruits..!The river can be used to bath or swim or one can pitch a tent on its sand banks..!Try your luck in fishing too.
Interaction with guests


The caretaker family lives on the upper side of the farm and will help you by all means.

The central yellow square is divided into 4 triangles, is flipped outward along their hypotenuse. Similar division and flipping is repeated on the resultant triangles. From the 4th phase onwards ‘island’ squares are formed, reason for which is that similar triangles trying to flip from the adjacent side block and forbid such an operation. All the squares thus  formed are joined along their vertices forming a chain. The total area of this chain equals the initial square. The formation of island squares is in the sequence :{1, 0, 0, 0, 4, 8, 20, 32, 60, 88, 148, 208, 332, ... }

So the recurrence relation is : 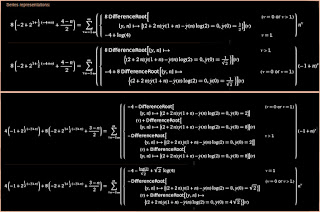 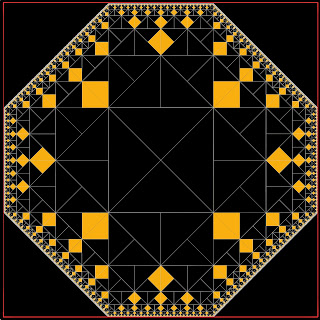 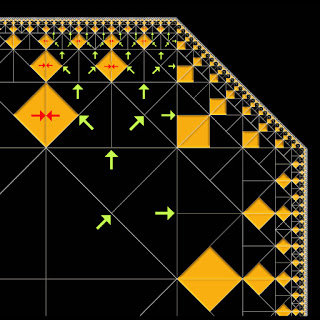 above:
The green arrows show the path and direction of the flipping triangles and the red arrows show how the flipping gets forbidden and so generate square islands
Posted by Shamsudhin Moosa at 2:44 PM No comments:

Promote Your Page Too

Shamsudhin Moosa
sharjah, United Arab Emirates
About my sculptures late Ramji, the famed art critic, wrote in Indian Express during my first oneman show,1982,in Cochin… “He carries the mathematical way of thinking into the domain of art and helps to bridge the gulf between artistic awareness and mathematical knowledge and he succeeds impressively in his attempts, as his works show. It is evident that he is able to fathom the core of geometry and its inherent corelation of surfaces and lines and he is able to translate this awareness in to creative works which trancends mundane geometry and lifts it into the realm of creative art. The creation of rhythms inherent in mathematics into art forms which give scope for individual creativity, is the keynote of his works. And by virtue of this his works are highly personal and entirely in a different mileu from the traditional modernistic and avante garde too. It is no exaggeration to state that young Shamsudhin has arrived and that too in a very impressive manner”.